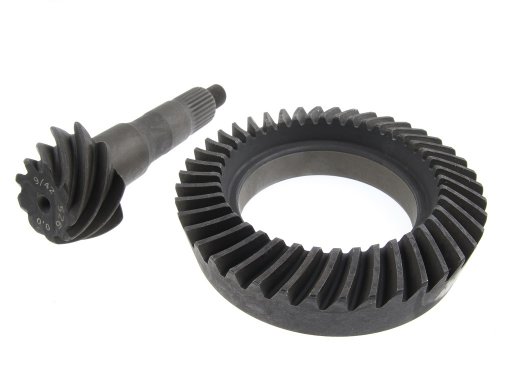 What is the final gear for a general user? Let us explain the mechanism first.
The final gear is the part that is composed of the differential that is located at the center of the back tire on the right and left.
The final gear is composed of set parts. I.e. Pinion Gear and the Ring Gear.
The set of Pinion Gear and the Ring Gear is called the Final Gear within Differential Gear .
Tuning means modifying this gear ratio.
The standard parts associated with the final change are as follows.

It is recommended to exchange these 5 parts simultaneously.
It is also advisable to exchange the oil seals of the Diff. Case side to prevent oil leak.
If after the installation during the test drive it is found that oil is leaking then it is waste of time and ressources.
In such a case installation needs to be done from the beginning.

Be the first to know about new products and special offers! As a rule, you will not receive an email more than twice a month. Please note our privacy policy.

We use cookies in order to offer you the best possible service and to be able to continuously improve it. By confirming you agree to the use of all cookies. Further information can be found under privacy policy.

Be the first to know about new products and special offers! As a rule, you will not receive an email more than twice a month. Please note our privacy policy.

Item could not be added to your shopping basket

Notes on the disposal of used oil

We take back the quantity of combustion engine or transmission oil purchased from us as used oil free of charge for the purpose of professional disposal. The return also includes oil filters and oil-containing waste regularly produced during oil changes. The place of return is the address listed in the imprint. You can personally hand in the used oil or oil filter and any oily waste regularly produced during an oil change. Alternatively, you can choose to have it sent by post if you pay the shipping costs. Please make sure to label used oil as hazardous material when sending it and to use appropriate containers.